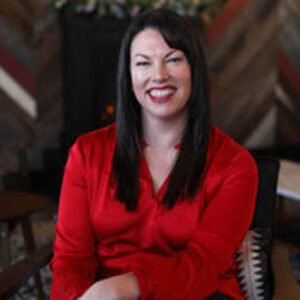 Shauna Rosenblum is the Winemaker for Rock Wall Wine Company. She learned to make wine from her epic father Kent Rosenblum. Shauna literally grew up in the cellar and spent her childhood in wineries and vineyards where she worked and learned all the facets of the winemaking business.

Shauna has a Master’s degree in Sculpture from the San Francisco Art Institute. As an undergraduate, at California College of Arts and Crafts she became very interested in chemistry through the ceramics glaze making process.  She realized there were similarities in the ceramics and winemaking processes as far as chemistry and blending. This realization lead to an epiphany that winemaking was art!  Shauna became enamored with learning everything she didn’t already know about winemaking, and immersed herself in learning about wines from around the world. In this pursuit, Shauna also completed the Master’s Executive Winemaking Program at UC Davis.

Her passion for winemaking started with big, juicy Zinfandels and has spread far and wide. She loves making sparkling wine, old favorites like Chardonnay and Cab and more esoteric varieties like Fiano and Teroldego.   She considers her wine to be her artistic medium, so to drink a glass of her wine is to taste her ephemeral art.