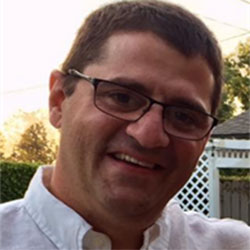 Teig has been judging wines and olive oils in competition settings for years while living and working in Southern California.