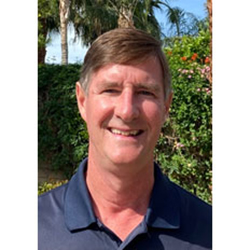 Chris Braun was born and raised in California. After playing professional volleyball for three years, he received an MS in Wine and Spirits from ESC in Dijon. Chris then started working in Bordeaux and later moved to the Languedoc region in southern France where he was Managing Director of Ciatti Europe in Montpellier. He received the Chevalier de l’Ordre de Merite Agricole medal for his service to the French wine industry. Chris now runs Advinture, a wine import consultancy, and is based in Southern California.